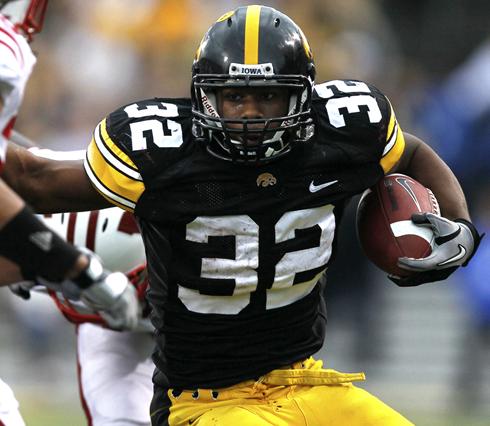 At a news conference in Des Moines on Sunday, Robinson apologized for breaking team rules and Iowa law by possessing marijuana. He pleaded guilty to the possession charge on Thursday and was fined $315 and given a year of probation.

Robinson says he’s resisted offers to play at other colleges and says he intends to prove himself worthy this semester of returning to the Hawkeye backfield.

Robinson rushed for a team-high 941 yards and 10 touchdowns in 2010 as the Hawkeyes’ featured back. Coach Kirk Ferentz dismissed Robinson from the team on Jan. 3.

No Comments, Be The First!